Service
Schedule Appointment >
Parts
Shop Parts >
Lease / Finance
Get Approved >
Contact Us
Get In Touch >
Thanking our Santa Paula Customers
See why your Neighbors are coming to South Bay Ford!

South Bay Ford is excited to provide the great city of Santa Paula with an impressive assortment of new Ford cars, trucks, and SUVs. Offering the best prices on new vehicles is just one of many benefits South Bay Ford gives its customers. Our dealership is one of many in Southern California, but the only one to hold the merit and credibility exhibited by South Bay Ford's team of award-winning professionals.

South Bay Ford's amazing selection of used and certified pre-owned vehicles near Santa Paula is filled with incredible value. We have an incredible selection of reliable Ford Vehicles, and the elegance of Lincoln. We also carry severaly other models including:

Begin by scrolling through our inventory of certified Ford and pre-owned vehicles for your future automobile, perfect for maneuvering through Santa Paula city blocks.

As a Santa Paula trusted provider of Ford parts and accessories, any installation is guaranteed to be completed correctly the first time, saving customers from headaches down the road. By purchasing Ford Motor Company recommended parts, our customers can maximize vehicle performance and ensure long-lasting confidence as they drive. From OEM parts to genuine Ford products, we have you covered. As a continued benefit to you, South Bay Ford offers an extensive catalog of parts at the best prices near Santa Paula, California. Our catalog includes parts for all Ford makes and models including:

South Bay Ford is Santa Paula comprehensive resource for everything service related, encompassing all aspects of a vehicle's maintenance requirements. With over 140 working service bays to accommodate our customers, South Bay Ford's certified technicians are provided the tools and space to access any hard-to-reach, under-the-hood compartments. In turn, this gets customers like you back on the road faster! As a highly regarded service center, South Bay Ford has fostered the respect of several Santa Paula residents over its decades-long existence. That is, those living in Santa Paula are afforded the convenience and reliability that only South Bay Ford can provide.

Schedule a service appointment online, or simply stop in for your next check-up because there's no better place for the residents of Santa Paula to take their vehicle for service than South Bay Ford.

The finance team at South Bay Ford is determined to help all prospective clients find the best car loan or lease options at a competitive price. Our finance team is built from the ground up with the expertise and financial resources necessary to procure customers with a loan or lease near Santa Paula, California that simply cannot be beat. 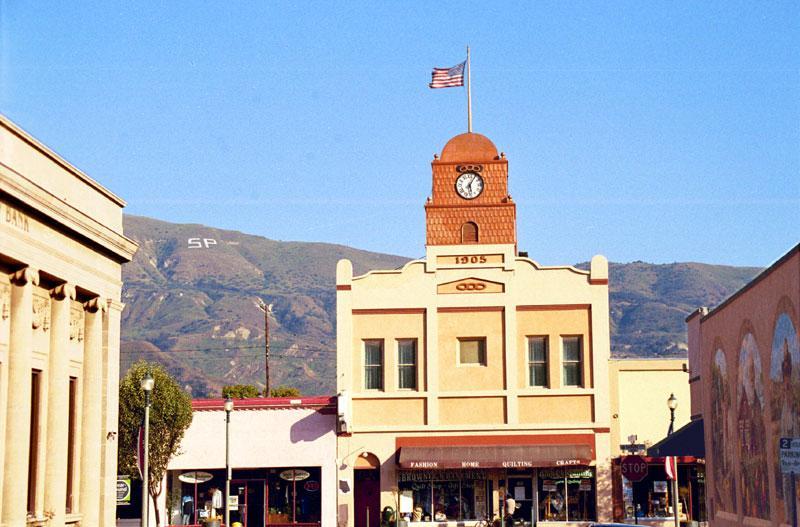 The large South Mountain Oil Field southeast of town, just across the Santa Clara River, was discovered by the Oak Ridge Oil Company in 1916, and developed methodically through the 1920s, bringing further economic diversification and growth to the area. While the field peaked in production in the 1950s, Occidental Petroleum continues to extract oil through its Vintage Production subsidiary and remains a significant local employer. Also a 500-acre master-planned community of 1,500 homes is expected to expand the town significantly when it started construction in 2016, and is still underway.

Santa Paula has had to major floods The first, known as the Great Flood of 1862, began on December 24, 1861. It rained for almost four weeks, reaching a total of 35 inches in Los Angeles. The second was caused by the failure and almost complete collapse of the St. Francis Dam, which took place in the middle of the night on March 12, 1928. The dam was holding a full reservoir of 12.4 billion gallons of water that with the dam collapsed, began surging down San Francisquito Canyon and emptying into the Santa Clara River. The town was first hit by the waters in the middle of the night. Though hundreds of homes and structures were destroyed, the loss of life would have been greater if it were not for two motorcycle police officers that noisily warned as many people as possible with the sound of their bikes. A sculpture called "The Watchers" in downtown Santa Paula depicts this act of heroism.

South Bay Ford proudly salutes the heroes and First Responders who help others every day. We offer a First Responders discount on every new Ford car or Truck. Contact a Certified Sales Specialist for all the details.