Service
Schedule Appointment >
Parts
Shop Parts >
Lease / Finance
Get Approved >
Contact Us
Get In Touch >
Thanking our Riverside Customers
See why your Neighbors are coming to South Bay Ford!

South Bay Ford is excited to provide the great city of Riverside with an impressive assortment of new Ford cars, trucks, and SUVs. Offering the best prices on new vehicles is just one of many benefits South Bay Ford gives its customers. Our dealership is one of many in Southern California, but the only one to hold the merit and credibility exhibited by South Bay Ford's team of award-winning professionals.

South Bay Ford's amazing selection of used and certified pre-owned vehicles near Riverside is filled with incredible value. We have an incredible selection of reliable Ford Vehicles, and the elegance of Lincoln. We also carry severaly other models including:

Begin by scrolling through our inventory of certified Ford and pre-owned vehicles for your future automobile, perfect for maneuvering through Riverside city blocks.

As a Riverside trusted provider of Ford parts and accessories, any installation is guaranteed to be completed correctly the first time, saving customers from headaches down the road. By purchasing Ford Motor Company recommended parts, our customers can maximize vehicle performance and ensure long-lasting confidence as they drive. From OEM parts to genuine Ford products, we have you covered. As a continued benefit to you, South Bay Ford offers an extensive catalog of parts at the best prices near Riverside, California. Our catalog includes parts for all Ford makes and models including:

South Bay Ford is Riverside comprehensive resource for everything service related, encompassing all aspects of a vehicle's maintenance requirements. With over 140 working service bays to accommodate our customers, South Bay Ford's certified technicians are provided the tools and space to access any hard-to-reach, under-the-hood compartments. In turn, this gets customers like you back on the road faster! As a highly regarded service center, South Bay Ford has fostered the respect of several Riverside residents over its decades-long existence. That is, those living in Riverside are afforded the convenience and reliability that only South Bay Ford can provide.

Try our top-notch Quick Lane service center, Riverside customers can expect extraordinary customer service for even the most basic procedures:

Schedule a service appointment online, or simply stop in for your next check-up because there's no better place for the residents of Riverside to take their vehicle for service than South Bay Ford.

The finance team at South Bay Ford is determined to help all prospective clients find the best car loan or lease options at a competitive price. Our finance team is built from the ground up with the expertise and financial resources necessary to procure customers with a loan or lease near Riverside, California that simply cannot be beat. 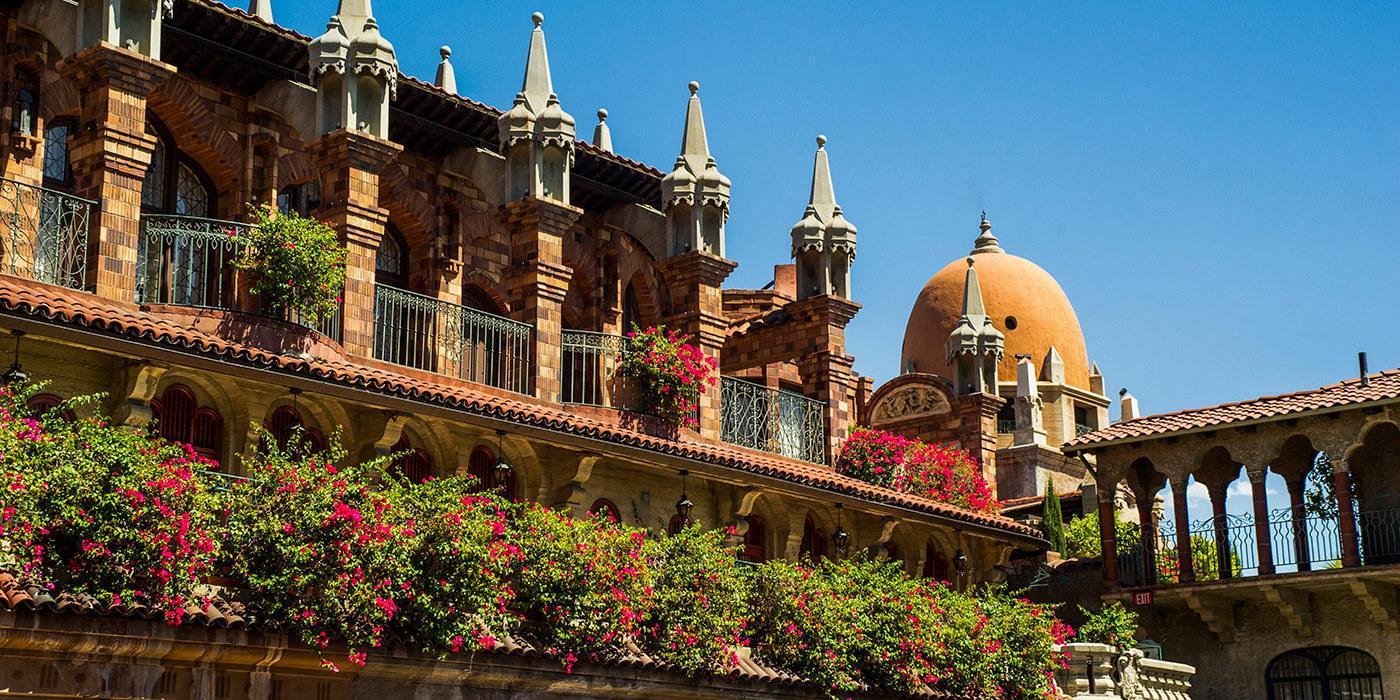 The oldest operating Air Force base west of the Mississippi River, March Joint Air Reserve Base, borders Riverside on the east and is a divider between the city and Moreno Valley. It was founded in 1918.

There are many historic buildings and landmarks in Riverside including the Riverside Fox Theater. The first showing of the film, Gone with the Wind, took place here in 1939. The Fox Theater completed extensive renovation and restoration in 2009 as part of the Riverside Renaissance Initiative. The theater now holds 1,600 seats and the stage enlarged to host Broadway-style shows.

The Dixie Corporation once had a manufacturing plant in Riverside which explains the “World’s Largest Paper Cup” landmark. It is actually made of concrete and is over 68 feet tall. Another well-known downtown landmark is Mount Rubidoux which acts as the dividing line between the town of Rubidoux and the city of Riverside.

The largest employers in the city are The County of Riverside, University of California, Riverside, Kaiser Permanente, the Riverside Unified School District and the City of Riverside. In total, these organizations employ over 31,000 residents.

• Keep right at the fork to stay on CA-91 W, follow signs for Los Angeles

South Bay Ford is on the right