Service
Schedule Appointment >
Parts
Shop Parts >
Lease / Finance
Get Approved >
Contact Us
Get In Touch >
Thanking our San Clemente Customers
See why your Neighbors are coming to South Bay Ford!

South Bay Ford is excited to provide the great city of San Clemente with an impressive assortment of new Ford cars, trucks, and SUVs. Offering the best prices on new vehicles in Southern California is just one of many benefits South Bay Ford gives its customers. Through a long-standing philosophy of unparalleled support, our team understands what it means to administer exceptional value to the residents of San Clemente. There may be other Ford dealerships in Southern California, but none of them hold the merit and credibility exhibited by South Bay Ford's team of award-winning professionals.

Our knowledgeable sales consultants make purchasing a new car easier than ever, all in a hassle-free, no-pressure environment. As San Clemente source of incredible savings for new Ford vehicles, South Bay Ford offers an experience that outshines the competition on a national scale. What's more, our vehicle specialists work hard for their clients by presenting the information they need to find the exact car they're looking for: test drives, hands-on walkthroughs, on-the-spot demonstrations, and much more! With so much emphasis placed on customer service, it's no wonder our clients consistently award South Bay Ford with overwhelmingly positive ratings across the board.

See for yourself why South Bay Ford has earned the prestigious President's Award for outstanding sales nine years running. Just meet with one of our esteemed client specialists today and they will help you every step of the way. Begin your research by browsing our inventory of new Ford Fiestas, Fusions, Mustangs, Transit Connects, Edges, F-150s, Explorers, Escapes, Ford C-Max, Focus, Flex, Ford Expedition, Super Duty F-250, and much more. Stop by South Bay Ford near San Clemente for the most competitive rates and newest Ford inventory around.

South Bay Ford's amazing selection of used and certified pre-owned vehicles near San Clemente is filled with incredible value. We boast an incredible variety of makes and models, including the expected reliability of Ford to the elegance of Lincoln. We also house several luxury makes and models containing Mercedes-Benz, and Lexus. It doesn't stop there, however, as our handpicked variety of vehicles includes several other well-known and reputable brands: GMC, Chrysler, and Chevrolet to name a few. The wonderful people of San Clemente are sure to drive off our expansive lot and into their driveways smiling from ear to ear. Begin by scrolling through our inventory of certified Ford and pre-owned vehicles for your future automobile, perfect for maneuvering through San Clemente city blocks.

Community involvement is imperative to South Bay Ford's family-owned philosophy and upholding ideals of extraordinary customer service has helped shape our identity. That being said, as your Southern California Ford dealer, we are truly dedicated to providing the best support we can muster to the amazing city of San Clemente. Stop by South Bay Ford today, located just south of LAX, and experience our ever-present selection of used and certified pre-owned vehicles in person and see just how much we care. Be sure to browse our Specials page before your visit to discover even more savings on the perfect car for you.

As an award-winning Ford dealership serving San Clemente, South Bay Ford provides an optimal used car experience that stems from our friendly team of Client Specialists; not only will they save you the headache of searching far and wide, they will make your visit to South Bay Ford a true delight.

Join the thousands who continue to enjoy South Bay Ford's giant selection of parts and accessories. From OEM parts to genuine Ford products, we have you covered. As San Clemente trusted provider of Ford parts and accessories, any installation is guaranteed to be completed correctly the first time, saving customers from headaches down the road. We believe that your vehicle deserves the best when it comes to parts and accessories, which is why South Bay Ford is fully stocked and ready to tackle any job. By purchasing Ford Motor Company recommended parts, our customers can maximize vehicle performance and ensure long-lasting confidence as they drive. As a continued benefit to you, South Bay Ford offers an extensive catalog of parts at the best prices near San Clemente, California.

Our encyclopedic selection of genuine Ford parts is unprecedented in the San Clemente area and we make it a priority to assist all of our customers with a complete Ford OEM parts catalog. Adding to South Bay Ford's commitment to serve our valuable customers in San Clemente is a Parts Specials page where they can find year-round savings to keep their vehicles running smooth.

Your Southern California Ford parts and accessories experience begins at South Bay Ford, where we proudly serve the city of San Clemente with the best selection of Ford parts and the added assurance of superior customer satisfaction.

South Bay Ford is San Clemente comprehensive resource for everything service related, encompassing all aspects of a vehicle's maintenance requirements. With over 140 working service bays to accommodate our customers, South Bay Ford's certified technicians are provided the tools and space to access any hard-to-reach, under-the-hood compartments. In turn, this gets customers like you back on the road faster! As a highly regarded service center, South Bay Ford has fostered the respect of several San Clemente residents over its decades-long existence. That is, those living in San Clemente are afforded the convenience and reliability that only South Bay Ford can provide.

Enjoy a complimentary meal at our in-house bistro while you wait for your service to complete. Along with free Wi-Fi access and business center usage, we want your visit with us to be as convenient as possible. If you're looking for an oil change near San Clemente, South Bay Ford offers an exclusive service that will be completed in 45 minutes or it's free. Through our highly trained and knowledgeable service team, you will enjoy a professional experience that's second to none. Further, with our top-notch Quick Lane service center, San Clemente customers can expect extraordinary customer service for even the most basic procedures: oil changes, engine care, tire maintenance, alignments, battery upkeep, and more!

Remember, you don't have to drive a Ford in order to service your vehicle at South Bay Ford. In other words, we will gladly diagnose and administer service to any vehicle you drive. Keep your car, truck, or SUV at peak performance by working with our distinguished technicians and letting South Bay Ford handle all of your service needs with state-of-the-art precision. Contact an advisor today, schedule an appointment online, or simply stop in for your next check-up because there's no better place for the residents of San Clemente to take their vehicle for service than South Bay Ford.

The finance team at South Bay Ford is determined to help all prospective clients find the best car loan or lease options at the most competitive rates in the industry. Our finance team is built from the ground up with the expertise and financial resources necessary to procure customers with a loan or lease near San Clemente, California that simply cannot be beat. Step foot into you dream Ford and drive off our world-class lot with confidence. Our financial experts are here solely to make the process of buying or leasing your next vehicle as easy as possible, saving you time and money.

Through positive rapport and longstanding relationships, South Bay Ford works exclusively with the finest lenders to help customers get into the car of their dreams. Furthermore, we are always happy to consider your trade-ins, no matter what year, make, model, or color. Remember, financing your car may make more sense if you would like to own the vehicle and build equity, prefer no mileage limitations, and have the flexibility to customize your vehicle to your liking.

If you would like the freedom and security of driving a new car every few years or so, leasing in an option you should seriously consider. You can decide at the end of your contract to purchase or return your vehicle at lease-end. South Bay Ford is proud to offer the Ford Red Carpet Lease as well as all regular bank leases. We are constantly offering incredible deals around the Los Angeles area on some of the most popular Ford models; look for deals on your next Ford Escape lease, Ford Explorer lease, Ford Fiesta lease, Ford Flex lease, Ford Fusion lease, and the exciting Ford Mustang--including all 2015 models.

Get approved for a car loan in San Clemente immediately by completing our secure, online finance application. Once completed, one of our finance professionals will review your information and reach out to you. Simply call, schedule an appointment, or just stop on by to speak with one of our knowledgeable team members for more information on financing or leasing a new Ford, certified pre-owned, or used vehicle today. 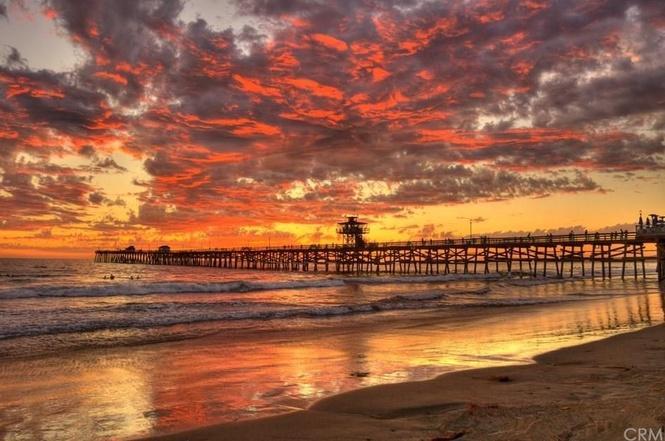 In 1969, President Richard Nixon bought part of the H. H. Cotton estate, one of the original homes built by one of Hanson's partners. Nixon called it "La Casa Pacifica," but it was nicknamed the "Western White House," a term for the President's vacation home. During Nixon's term it was visited by many world leaders, including Soviet Premier Leonid Brezhnev, Mexican President Gustavo Díaz Ordaz, Prime Minister of Japan Eisaku Sato, and Henry Kissinger.

San Clemente residents often think of their town as paradise—where the 1920’s vision of a Spanish Village by the Sea still lingers. The sun shines 342 days a year and the conveniences of metropolitan Southern California are balanced by fresh ocean air and beaches untouched by time. Just 75 years ago, most of the coastal land between Los Angeles and San Diego was no more than barren rolling hills covered with mustard and sagebrush. San Clemente was no exception.

Take a drive down the coastline in a new Ford vehicle. Enjoy the sun and surf in a SUV or truck, perfect to pack all your gear. Contact a Sales Specialist to find the perfect car for you.